Last year, we heard the news that Family Force 5 frontman SoulGlow Activatur (Solomon Olds) was taking some time to step away from the band  to take some more time for songwriting, remixing, and being with family. Though we all could understand, and I certainly respected him for his decision, this left an uncertain atmosphere with what was going to happen to FF5… it was also a pressing question of: Would they keep going? SoulGlow’s brother, Crouton (Jacob Olds), became the new lead singer of the band, and after much work and glimpses at the new sound/look for the band, we now have their latest album, Time Stands Still.

FF5 has always been a fun group to experience, ever since “Business Up Front/Party In The Back”, these guys have put out some pretty crazy, but awesome, songs to rock out to. As you first dig into the new album, you see this hasn’t changed. In fact, I felt some waves of the early days of the group in the first track, Sweep The Leg. For a first track, at first you wonder, “Why?” The track is random, but it also, in my mind, encourages the listener and faithful fans, that they haven’t really changed too much from their roots, and are still ready to get crazy! It continues through their next track, BZRK (feat. KB), which in my honest opinion, is one of the best songs on the entire album, and we’re also playing it during our AfterDark segment of the night on Pulse.

After this, the group takes a detour,  switching up to a more pop sound, dabbling in some dance vibes. A notable mention is a feature from Melodie Wagner, of Hillsong Young & Free, on track five to their song, Walk On Water. As the album continues on, I find the album, though switching up sound/vibe every few tracks, has a very comfortable cohesiveness to it. Through most of this album, you can tell it’s Family Force 5, and though it’s not with the vocal familiarity of SoulGlow, Crouton still brings it, especially through track twelve, a Pulse hit, Let It Be Love, which I think is the song the band speaks heavily on how they strive to live day to day.

Overall, I think Time Stands Still, like previously said, flows well throughout, there aren’t any tracks that stick out like a sore thumb to the rest of the songs, and by the end, I believe many FF5 faithful’s will be impressed and content with this offering from the group. I definitely was, because as I tried to think of my favorite songs throughout the album, there were too many I enjoyed to separate them and make a favorites list. Well done, FF5, well done.

You can pre-order the new FF5 album here.

Lecrae is dropping a new album this September called “Anomaly” and the project is now available to pre-order! 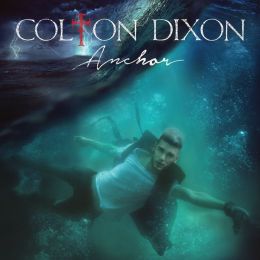